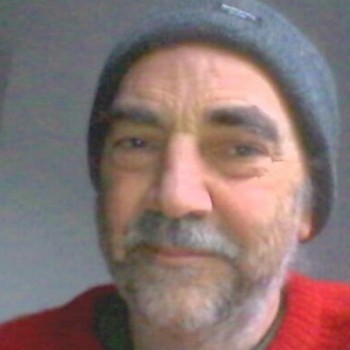 L J Coons says, “The Local Print use to post songs with chords above the lyrics every Sunday morning. So, Go ahead … Get out The Guitar, Sing and Play along!!” and the e-mail he sent included the lyrics and chords for this track!

L J Coon has a website with the links to all his down-load sites.

The band of five musicians from Yorkshire came together to record original songs written by the keyboard player, Peter O’Grady. Peter has, and does still, work with many bands playing various styles. The lead vocalist is Andy Smith who also plays acoustic guitar on this track. The other members are Charles Oxtoby (electric guitar) Chris Swindells (bass) and Iain Clarke (drums).

The track, ‘Citybound’ is the first single from their forthcoming album, ‘the dessert sure is a lonely place…’. ‘Citybound’ is the age old story of young people from small towns leaving home to go to the big city where the streets are, supposedly, ‘paved with gold’. Actually this was Peter’s own story! He left school in Richmond, North Yorkshire, to catch the midnight train from Darlington to London.

Motihari Brigade will release their new album on September 8th.

The 2022 album release ‘Algorithm & Blues’ features defibrillating, electric guitar, tachycardia rhythms on bass and drums played by an octopus on stimulants. Layered keyboard, horn and vocal arrangements combine to produce the magic of a highly-caffeinated rock band thumping on all ventricles. Twelve original songs and one cover provide an energetic soundtrack for listeners to move happily navigate the dystopian reality show that we are now all busily sharing.

Speaking about the album, Eric says, “Escape zombie dystopia. Take the coloured pill of your choice. Blink your eyes and smile. The musical theme for the great disintegration has arrived – just in time for something new to rise from the ashes. Or perhaps not. We’ll see.”

Haytor released ‘In The Morning’ on August 5th.

Combining high energy, eccentric performances with soaring melodic vocals and lively arrangements to produce their own blend of charismatic indie rock, Haytor is made up of vocalist Austin Robison and brother Cameron Robison on bass, along with guitarists Jonny Lewis and Ryan Hawkins and drummer Cal Verney. Based in Exeter, Devon, Haytor pull together introspective cynical lyrics with dynamic driven indie rock, complete with jangly guitar and anthemic choruses.

Speaking about ‘In the Morning’, Austin says, “I wrote this song as a big, fun, bouncy, rock song about the monotony of the daily grind, and the way it makes you feel, trudging through the 9-5 day after day with nothing to show for it. We recorded this track at Momentum Studios in December last year and this is our second single release from that week in the studio, the first being our last single ‘15’.”

Christopher Taylor’s ‘Ink’ is out now.

Singer-Songwriter Christopher Taylor is based in Yorkshire, England. Having been writing songs for many years, Christopher reached a new career-high when his EP ‘Chasing Rainbows’ was awarded The Akademia Music Award for Best Pop Rock EP. Two singles from it also picked up awards. He now releases his new single ‘Ink’.

Braidwood have released ‘Nothing Could Make Up For You’.

Braidwood is from Vancouver, and brings 40 years of musical experience to the table. Like a perfectly aged wine, his songs have mellowed into fine & fun, highly melodic pieces of classic-style pop rock ready to pour. As a singer-songwriter, Braidwood’s songs fall within the classic pop rock genre, but stylistically, they’re pretty varied — a little bit of something for everyone.

Singer-songwriter Cindy Alter is from Johannesburg, South Africa but is now based in Nashville, USA.

After gaining worldwide recognition, at the tender age of 21, when she fronted the all-girl rock group Clout, Cindy Alter now returns with the re-release of her single ‘Love Hurts’.

When diagnosed with Leukaemia in 2002, shortly before a Clout reunion, Cindy kept her guitar by her side. During her treatment it helped her to hold her body and soul together and was the inspiration behind some of her new songs after fortunately making a full recovery. Her music is honest, inspiring and open heart

Written, arranged, recorded and mixed by Stacey, the four-track EP is set to take us through some of the ups and downs within her journey of faith. ‘Motion’ represents the value we place on other’s perceptions of us and how that value interacts with our self-worth.

Since the release of her début self-written/produced EP ‘Eden’ back in 2018 Stacey is carving a name for herself in London’s music scene. As she continues to flourish as a musician, Stacey has ventured out to experiment with various genres through collaborations with British-Congolese musician Jordan Mackampa on his EP ‘Come Around’. She also has a burgeoning partnership with multi genre producer Obsidian Cane, producing UKG club fillers ‘Body Talk’ and ‘Secret Place’. The pair is will release more dancefloor staples later in the year.

In time for the Summer, Simon Astley has released ‘Summer Now’.

After extensive touring in Australia, the UK, and the United States, Astley is back at the Recording Studio in Melbourne. He is working alongside well known producer Sam Panetta and Los Angeles Producer Killian Cruiser.

Simon has a website, at simonastley.co.uk. All his down-load links are listed on at ffm.bio/simonastley.

Anissa Damali is an exciting Swiss singer. She has released two versions of SUN – I went with the original version, rather than the re-mix

A recording of the show is available on MixCloud.

This website uses cookies to improve your experience while you navigate through the website. Out of these, the cookies that are categorized as necessary are stored on your browser as they are essential for the working of basic functionalities of the website. We also use third-party cookies that help us analyze and understand how you use this website. These cookies will be stored in your browser only with your consent. You also have the option to opt-out of these cookies. But opting out of some of these cookies may affect your browsing experience.
Necessary Always Enabled
Necessary cookies are absolutely essential for the website to function properly. This category only includes cookies that ensures basic functionalities and security features of the website. These cookies do not store any personal information.
Non-necessary
Any cookies that may not be particularly necessary for the website to function and is used specifically to collect user personal data via analytics, ads, other embedded contents are termed as non-necessary cookies. It is mandatory to procure user consent prior to running these cookies on your website.
SAVE & ACCEPT